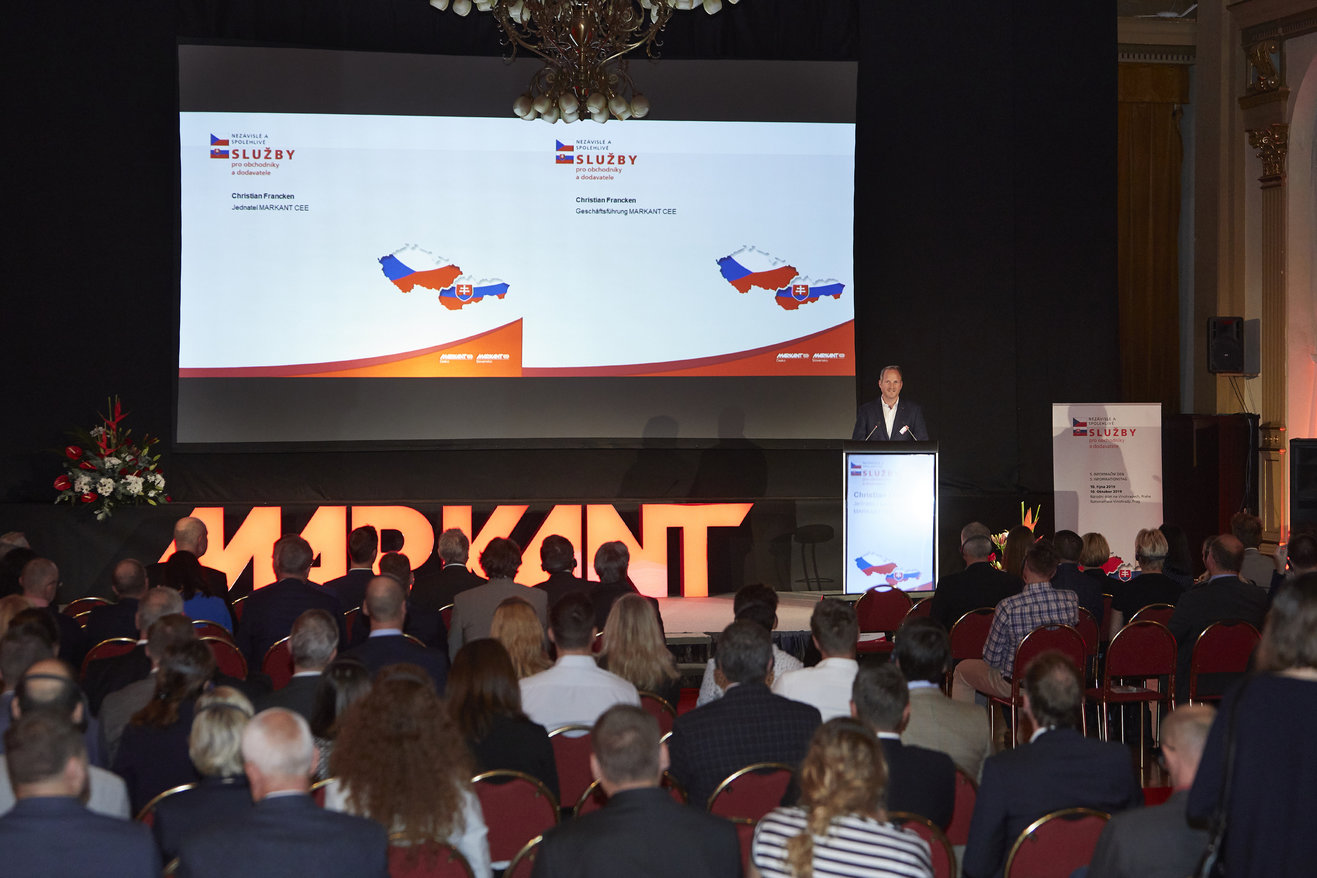 Don't just know what's coming, be prepared for it too - this was the theme of Markant Česko/Slovensko's 5th information day. Around 180 Markant partners from retail and industry accepted the invitation to the ballroom of the National House of Vinohrady in Prague. The Czech presenter, Daniel Stach, conducted the event.

Being collectively prepared for what lies ahead

This includes simplifying data management. Over the past year alone, the number of GTINs and the product data associated with these has increased by 22% in the Czech Republic and Slovakia. Every article is accompanied by data that has been stored with industry partners for years as trade item profiles and was entered manually there after the transmission to retail. This is a large expense, and is susceptible to errors - Automation can make this job easier. The subject of the talk from Tomáš Sláma himself was which services Markant can use to support its partners with these tasks. Afterwards, he discussed, together with retail and industry representatives, how everyone can work together on this. Because one thing's for certain: such challenges can only be met if all partners are actively involved. This relates to the basic principle of co-operation that Markant has been committed to for over 65 years. Christian Francken, Managing Director of Markant AG, called for these basic values to be actively maintained.

The other speakers had some firm forecasts along with them. Ladislav Csengeri, in charge of the Consumer Panel Services at the Association for Consumer Research, gave a brief outline of consumers from the Czech Republic and Slovakia. Sven Gábor Jánszky, Director of the future institute 2b AHEAD, informed the participants of the four biggest megatrends that will be relevant to retail. Milan Vašina explained which tasks would in future belong to management. He has worked for T-Mobile and, after holding various executive roles in the Czech Republic and Slovakia, was most recently the CEO for the subsidiaries in both countries. Finally, Vit Schlesinger spoke about how to push far beyond personal boundaries with rituals. Schlesinger is the creator of Sporthacking and a coach to top athletes.

The Markant Česko/Slovensko information day took place for the fifth time in October 2019. Around 180 Markant partners from retail and industry accepted the invitation to the ballroom of the National House of Vinohrady in Prague. The Czech presenter, Daniel Stach, conducted the event.