Cooking for a good cause in Vienna 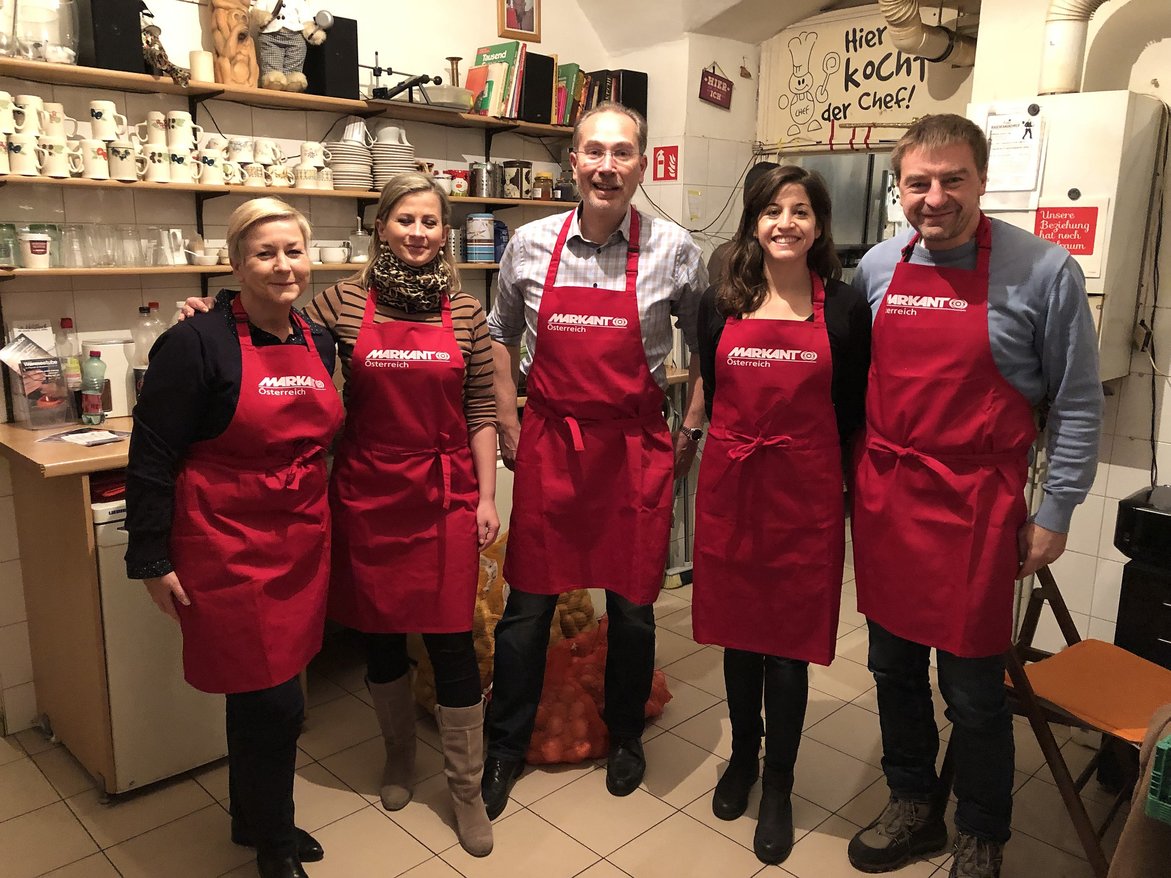 Several employees of Markant Österreich GmbH will swap their desks for an apron again on 19 September 2019 and will cater for fellow citizens in need at the charitable organisation, "’s Häferl". This is already the second assignment of colleagues at Diakonie Österreich in Vienna.

Eight colleagues of Markant Österreich had already catered for 200 fellow citizens in need on 13 December 2018. Four people worked in the kitchen in the morning, while four employees were responsible for service at midday. There was huge interest and many more Markant helpers would loved to have been involved. "The response beforehand was so great that we had more applicants than there was space for helpers," explains Katharina Bachl, Management Assistant. That's why it was decided to repeat the initiative. And the feedback was so great after the event that we decided to carry out the project once again."

For the sake of readability, only the masculine form is used on the website. This form is explicitly understood to be gender-neutral.