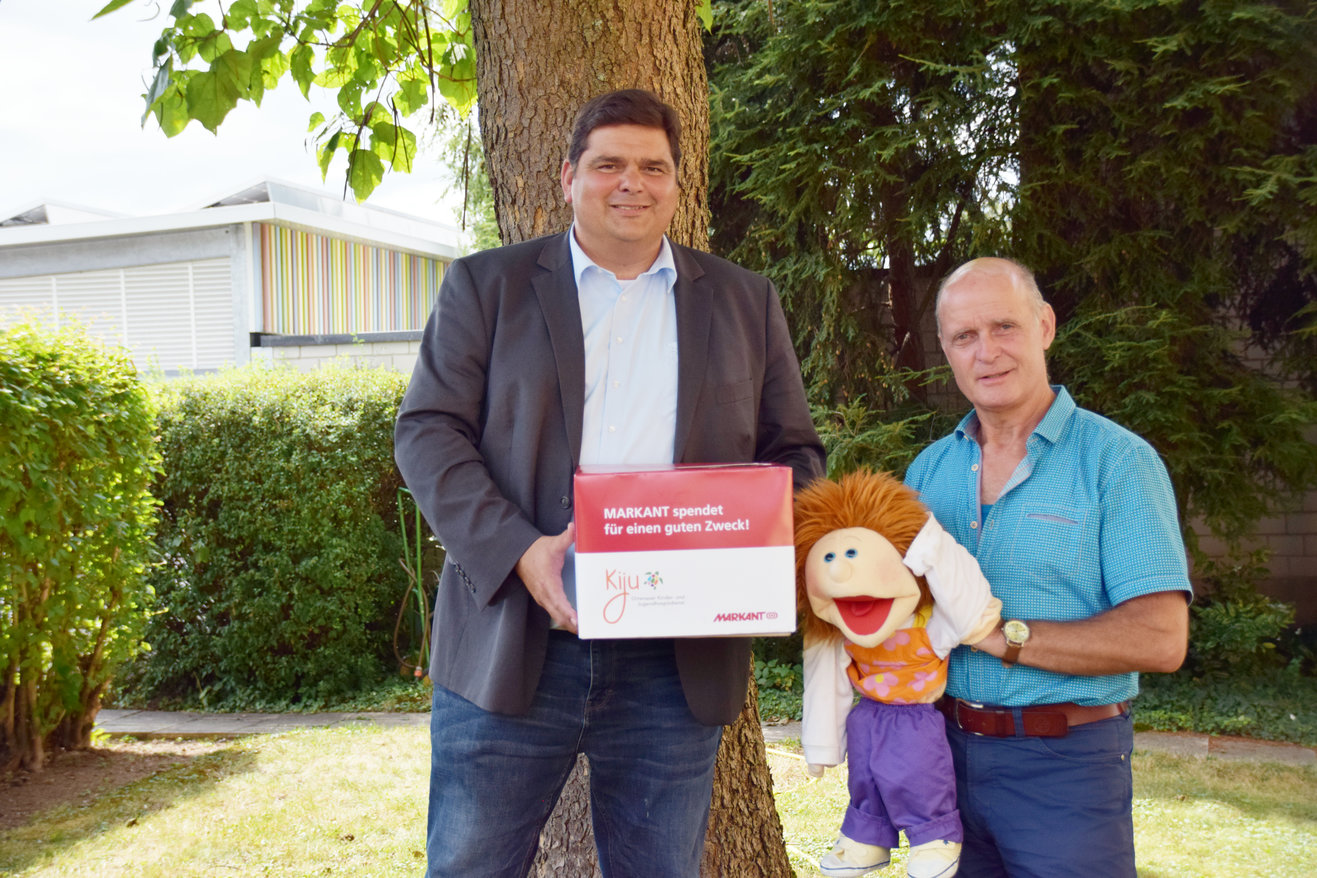 The Förderverein des Ortenauer Kinder- und Jugendhospizdienstes e. V. (Friends' Association of the Ortenau Hospice Service for Children and Youths) received a donation of more than 1,017.84 euro, along with a car trunk full of toys.

The cash donation was collected as part of this year's iteration of StadtLesen (City Read) in Offenburg. The bibliophile event took place on the market square from 18 to 21 July 2019 and drew many readers. This is the third time the Markant Group has supported the reading festival. Just like last year, Markant supplied event visitors with free surprises like juice cocktails, ice cream, a photo booth and table football. In return, the company set out four donation boxes and requested voluntary support for the Ortenauer Kinder- und Jugendhospizdienst Kiju. Thanks to generous contributions from visitors as well as Markant employees, a total sum of 1,017.84 euro was collected, which was donated alongside a car trunk full of toys.

The Ortenauer Kinder- und Jugendhospizdienst, known as Kiju, supports children and youths who are seriously ill, terminally ill, saying goodbye and in mourning, as well as their families. The aim is to assist those affected during this difficult part of their lives through discussions, counselling and care, as well as the coordination of assistance.

The Markant Group, with its headquarters in Pfäffikon SZ/Switzerland, has been based in Offenburg with its German subsidiary and several service companies for decades. The corporate group regularly supports social organisations at their international locations.

For the sake of readability, only the masculine form is used on the website. This form is explicitly understood to be gender-neutral.